"Hope you're doing super! Just groovin' pretty hard on the Boost!!! It's absolutely THE most useful tool in my sonic arsenal! I'm sooo thrilled to finally achieve the presence and punch of going straight into the amp via the buffer. The boost effect is incredible in that when put in front of a regular, silicon based distortion unit, it's give the sound more body while not simply "fuzzing out" the effect more; it just "feels" better; thanx also for the advise on the fuzz aspect, it DOES actually improve the sound on my germanium based fuzz units when placed directly after them. As for the EXP, simply brilliant!!! No longer do I have to grimace and suffer whenever using a volume pedal!  Here are a couple of shots from some recent tracking sessions with the Boost with Steve Ferrone (from Tom Petty and the Heartbreakers)": 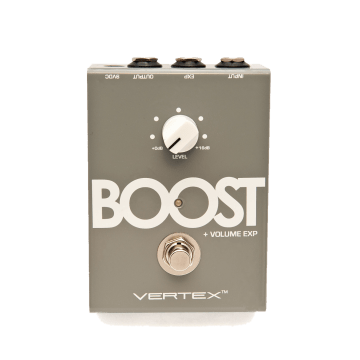