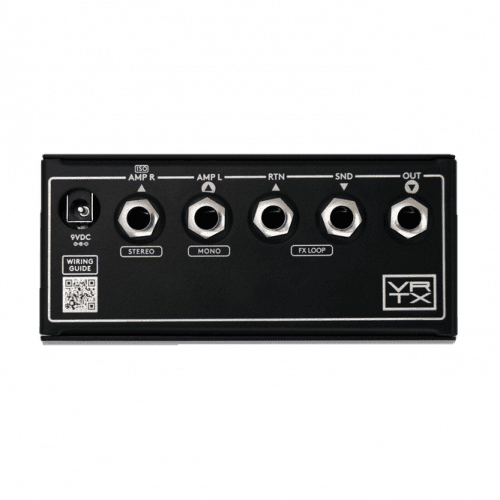 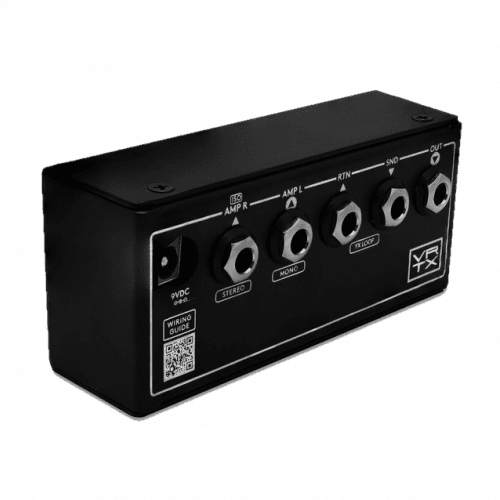 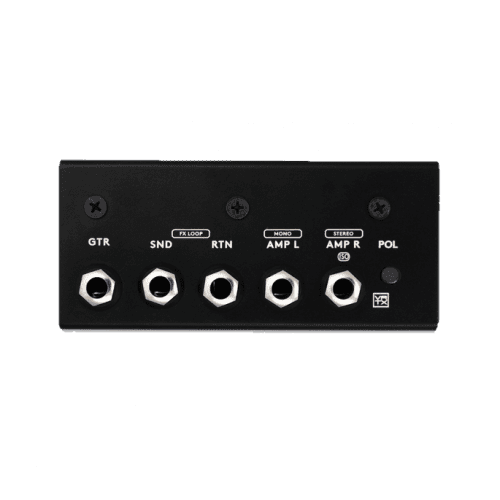 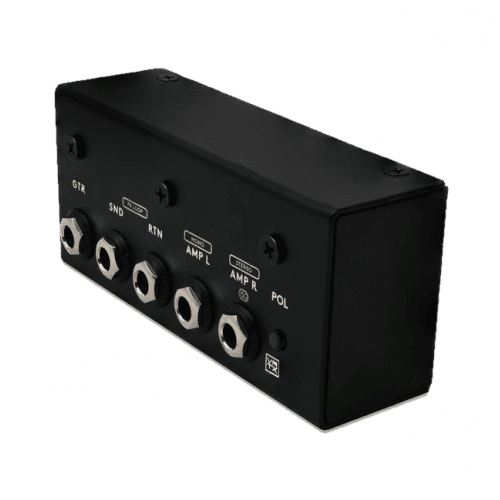 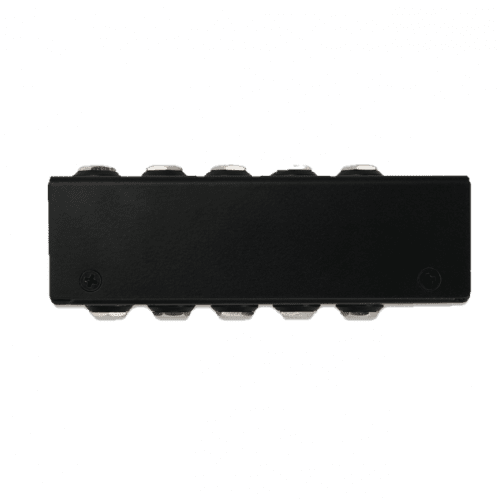 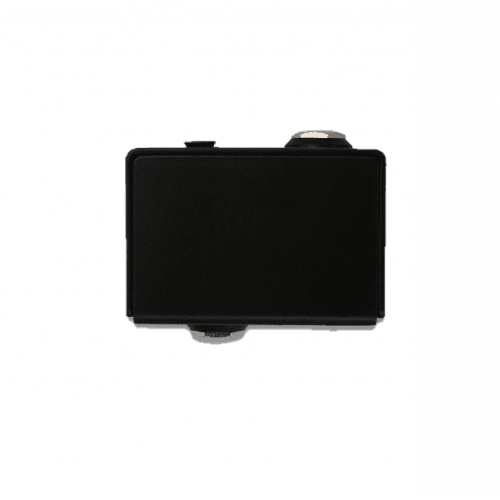 For over a decade, every buffer that's come out of Vertex Effects has been custom made, bespoke, for the pedalboard it was designed for or the customer that ordered it.  Needless to say, our buffers were very limited, with only a few hundred made over the last ten years.  Over that time, and through hundreds of custom buffer interfaces being made, several common applications for buffer combinations and routing emerged as the most common uses as it comes to placing buffers on a pedalboard for the most optimal results.  Routing schemes such as mono, stereo, audition loops (inserts), four-cable method, five-cable method, and wet/dry/wet were all common requests from our customers, but there was never an all-in-one solution that provided all of these options for buffering and routing your pedalboard in a pedalboard-friendly enclosure - until now. 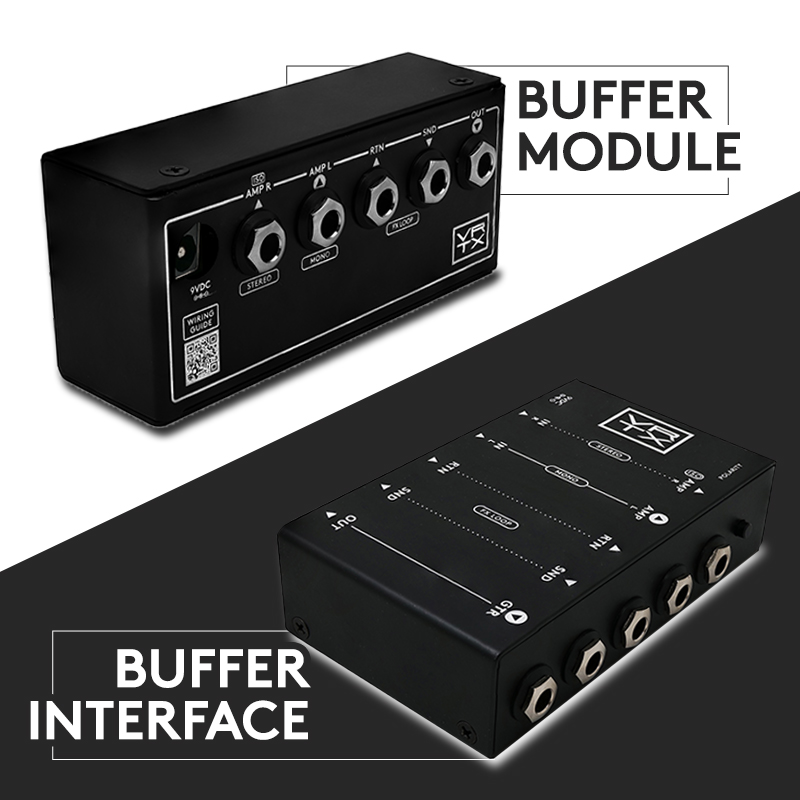 Introducing the Vertex Buffer Interfaces and Buffer Modules.  The first all-in-one solution that covers 99% of all pedalboard routing options, whether you have multiple amps, amps with effects loop, a wet/dry/wet rig, an impedance sensitive fuzz, or want to side-chain pedals off the board in the middle of your signal path with an insert loop, these boxes have a solution for you that won't compromise on tone.

WHY ARE OUR BUFFERS BETTER?

Firstly, our buffers are designed to have no sound of their own - totally transparent, no color, no EQ, no distortion - just your tone as though you plugged your guitar directly into your amp with a 10ft cable (even if you're running a dozen or more pedals between the guitar and amp with over 100ft. of cable).  So often buffers in our industry will be described by the manufacturers with words like "warm" or "fat" when really the buffer should NOT be imparting anything to the sound other than 1) loading the guitar pickups properly with the same loading as your guitar would see if plugged into a tube amp and 2) converting the signal to low impedance, driving the line so it is the least susceptible to environmental factors that might alter the tone.  Unfortunately, 99% of the buffers available on the market don't do this - they add a color to the signal and lack the proper specifications to drive even 20 feet of cable without introducing artifacts into the sound. 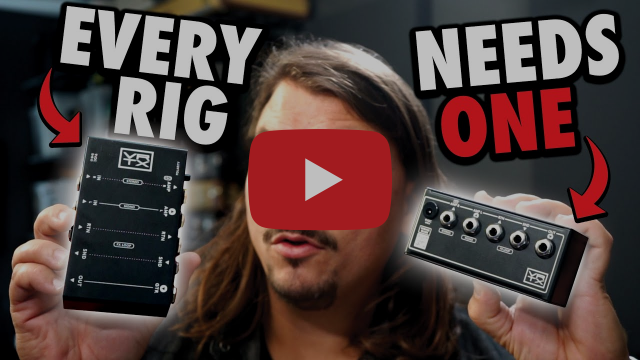 Our buffers are built to the highest standards with the proper specifications for guitar signals: 1M ohms input impedance, 100 ohm output impedance (10x lower than the industry standard of 1K ohms), the lowest possible noise, and the highest possible headroom (running 12V rail to rail or essentially ~24V internally).  Beyond that, we custom made our own isolation transformer, providing players total galvanic isolation for their multi-amp set-ups, with the highest amount of transparency (most transformers significantly color the tone, and often are input transformers designed to be next to your amp's input, not the output of the pedalboard), while rejecting the maximum amount of hum caused by ground loops that may be present in your rig.  Additionally, we provide a polarity switch for the transformer that allows you to correct any phase issues that might occur when running multiple amps at the same time.

There is no difference.  In fact they're both the exact same circuit and circuit board.  The only difference is the metal enclosure that they're loaded into.  The BUFFER INTERFACE enclosure is designed for literally any guitar player using any brand, make, or model pedalboard.  It's a traditional size enclosure (similar to a Hammond 1590BB) that can be mounted anywhere on your pedalboard or even have other pedals stacked or velcroed on top of it to maximize space. 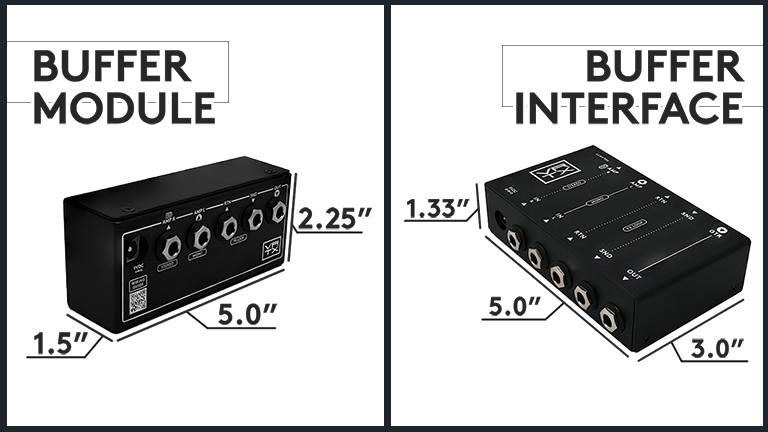 Alternatively, the BUFFER MODULE enclosure is designed specifically for our Vertex Pedalboards (sold separately).  The modules are precisely sized to mount into the wall of our hinged Vertex Pedalboard risers, allowing you maximum real estate for additional pedals.  The module is pre-drilled and comes equipped with three machine screws to effortlessly mount to your Vertex pedalboard with only a Phillips-head screwdriver (no drilling required).

In addition to the wiring diagrams above, both the Buffer Interface and Buffer Module include a QR code that's laser-etched into the enclosure, showing you all possible wiring and signal routing configurations. 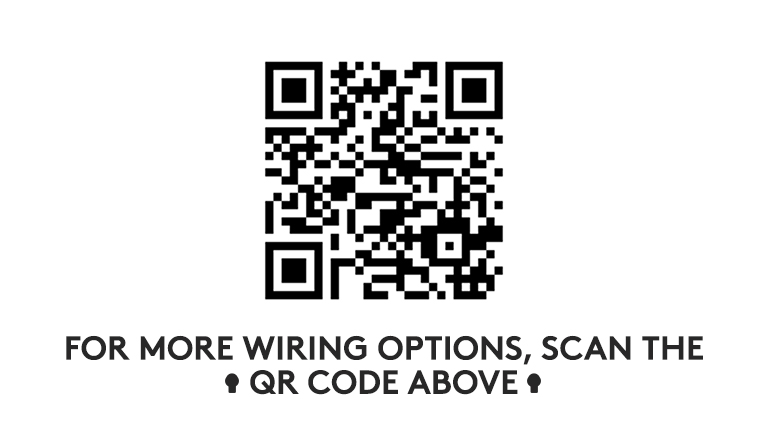 HOW MANY BUFFERS ARE INCLUDED? 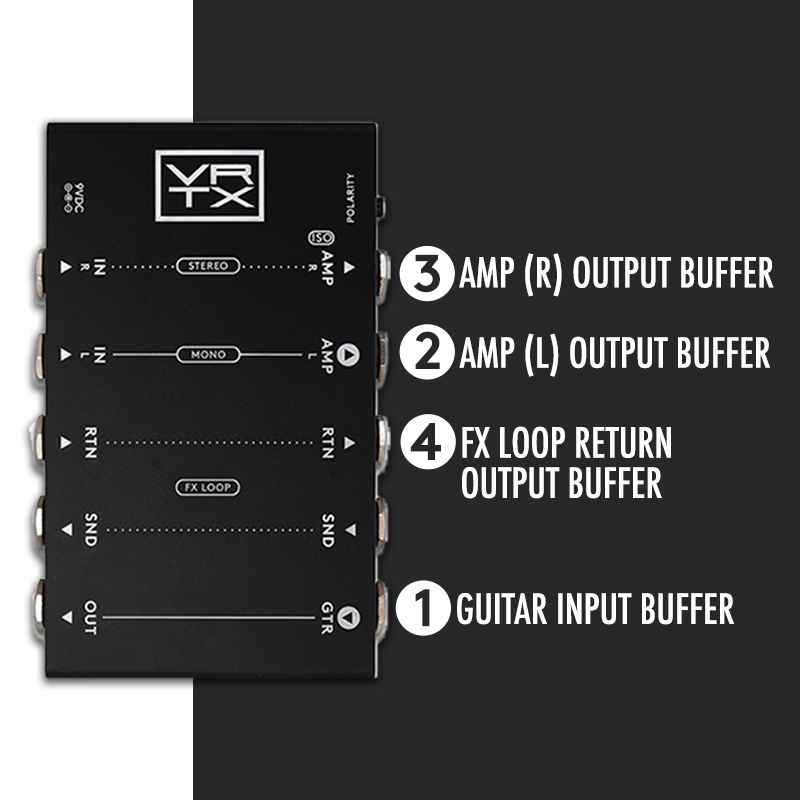 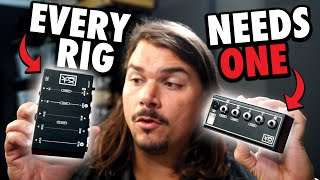 The Most Important Pedal Nobody Talks About 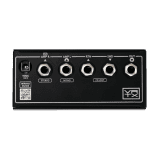